The Worst Thing That Can Happen To You 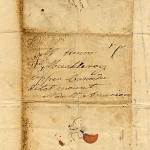 I just thought I’d drop you a note to let you know what’s going on with me. I’ve fallen in love with a guy named Blaze. He’s a really neat guy, but he quit high school a few years ago to get married. That didn’t work out, so he got a divorce last year. We’ve been going out for several weeks, and we’re thinking about getting married in the fall. Until then, I’ve decided to move into his apartment. I think I might be pregnant. Oh yeah, I dropped out of school last week so that I could get a job to help support Blaze. I’m hoping to finish college after we get married.

Mom and Dad, I just want you to that everything I’ve written so far in this letter is a lie. None of it is true.

But Mom and Dad, it is true that I got a C in French and a D in Math. And it’s also true that I need some more money. Could you please send ma a hundred dollar? Thanks a bunch.

Two days later a check arrived in the mail from her parents.

The first part of the letter, though, represents every parent’s worst nightmare.

But what if the first part of the letter was true? Is that the worst thing that could ever happen to someone’s daughter?

And what about you? Perhaps you have suffered unimaginable pain and a shattered life. If so, I don’t want to take your suffering lightly—but is it the worst thing that could ever happen to you?

Please join us as we discuss this in today’s daily Bible conversation.

2 Timothy 4:1-22. As Paul’s second letter to Timothy draws to a close, I get the feeling that Paul knows the end of his life is near. In rapid-fire succession, he leaves his protégé with parting instructions, little nuggets of wisdom. His words in verse 7 make me a little misty-eyed: “I have fought the good fight, I have finished the race, I have kept the faith.” Finishing well isn’t easy for anyone. Fortunately, finishing well doesn’t require a perfect life nor does it require a strong start or a successful middle. All it requires is finishing without quitting the faith. No matter what your past or present looks like, you can still finish well.

In verse 11, Paul tells Timothy, “Get Mark and bring him with you, because he is helpful to me in my ministry.” If you remember, Mark caused a sharp disagreement between Paul and Barnabas. Barnabas wanted Mark to accompany them on their missionary journey, but Paul didn’t because Mark had deserted them on an earlier trip. As a result, Paul and Silas worked together and Barnabas and Mark formed the other team (Acts 15:36-41). But here we read that Paul has softened toward Mark. Finishing well for Paul included the reconciliation of his relationship with Mark.

The Israelites had just departed Egypt on their way to the Promised Land. Three days into their wilderness “adventure,” they ran out of water. As I’m sure you know, you can only go three days without water before you die.

The people were suffering—and they started to complain. They asked God why He brought them into the desert and they begged him to take them back to Egypt. In fact, they were so worked up that they were ready to stone Moses.

So God told Moses to strike the rock at Mt. Horeb. When he did so, water came gushing out. While the people were happy to quench their thirst, God then named the place Massah and Meribah which mean “testing” and “quarreling.”

Psalm 95:7-11 recounts the events of Exodus 17, and adds some perspective from God:

Today, if you hear his voice, do not harden your hearts as you did at Meribah, as you did that day at Massah in the desert, where your fathers tested and tried me, though they had seen what I did. For forty years I was angry with that generation; I said, “They are a people whose hearts go astray, and they have not known my ways.” So I declared on oath in my anger, “They shall never enter my rest.” Psalm 95:7–11

When we experience pain and suffering, the overwhelming temptation is to harden our hearts.

While I’m not advocating that you imitate the false portrayal of the girl in the letter, quitting college and running off with some loser isn’t the worst thing that can happen to a person.

In the same way, your deepest pain isn’t the worst thing that could ever happen to you, as long as you still choose to feel it. The worst thing that can happen to you is to stop feeling the pain. Doctors have a diagnosis for a body that feels no pain: death. So really, feeling the pain is a sign of life. As long as you feel something, you must be alive.

A few years ago, my oldest daughter began straying from the faith. I was concerned about the choices she was making. I was afraid she would dig herself into a hole that would take the rest of her life to dig out of. This passage reminded me that even if she completely messed up her life, she would be okay if her heart remained soft.

Fortunately, her heart remained soft and she eventually returned to the faith akin to the prodigal son.

If you’re feeling pain or you’re concerned about someone who is making bad choices, pray for a soft heart—because a person with a soft heart is never out of reach of the Holy Spirit’s touch.

Tagged as pain, Read through the Bible in a year, suffering, the worst thing that can happen to you, worst case scenario