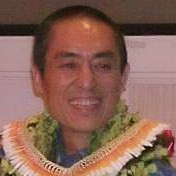 “With all the technical complexities involved, the opening ceremony was 100 times more difficult than making a movie, he [Yimou] said, adding that such a performance was unprecedented in the world,” wrote Zhu Yin for the news agency Xinhua.

Most people agree with Yimou, saying the 2008 opening was the most spectacular ever, and maybe, ever to be. Even Danny Boyle, the director of the 2012 ceremony said he would not try to compete with them. 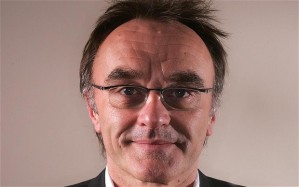 This year the Opening Ceremony cost only $42 million using 15,000 performers including 12 horses, a village cricket team, some sheep dogs roaming around, 70 sheep, 10 chickens, 2 goats, 3 cows, and 10 ducks. Oh yeah, they used real clouds above the stadium and Mr. Bean was there. The show looked disorganized and scattered, on purpose. One blog reported, “So disappointingly for anyone looking for rows, there haven’t been any.”

China wanted to prove something to the world. Uniformity and technology were the Beijing watchwords. China achieved this precision and uniformity by having performers practice their movements for up to 15 hours a day wearing diapers because they were not allowed to take breaks. Even the children practiced for that long. The final rehearsal was 51 hours long with few breaks and only two meals and no shelter from the rain.

In 2008 perfection came at the cost of freedom and with a great deal of coercion and manipulation. After the 2008 games, Yimou told the press that no other country, except possibly communist North Korea, could do a better opening ceremony.

Why? Because they could. In the West, Yimou said, no one would put up with how China treated its performers.

Kid’s wiggled, people missed cues, the whole thing played out slow and uneven. We were “trying to make you feel like you’re watching a live film being made,” said Boyle.

And the Winner Is

For me the London Opening Ceremony was the better. But the competition was not between Opening Ceremonies but rather between two opposite philosophies. Freedom versus control, machine versus human, uniformity versus individuality. I took a course in drama and theater in college. The professor assigned us to go and view both a movie and a live theater play. He asked us then to evaluate and discuss them in class. He pointed out that in a movie every shot, every word, every move was directed and choreographed. Movies, though well-done and exciting, are farther away from reality than a live show. The excitement, tension, and drama in the live play came, in part, from the possibility of someone missing a line or ad-libbing. The play was more real in its imperfection.

Still I delude myself in my desire for predictability, order, and control in my life. I yell, “Why?” at God when things beyond explanation befall me. I want God to do away with disease and discomfort. And if God won’t, then I hope technology or government will.

The comparison between these two ceremonies reminded me of how we so often look for formulas and systems to help us get our lives under control. To help our lives make sense, have order. But by definition life cannot be controlled and still be life. It becomes something else, an automaton.

Spiritual life more so. No matter what any pastor (me included) or book has told you, there are not seven steps, five keys, or ten secrets to a fulfilling spiritual life.

Living spiritually is living in the freedom of loving God and being loved by God. It is leaning into the mystery of what the next breath of life holds. It is embracing the imperfection of human life while pursuing a perfectly loving God. In short, it is “watching a live film being made.”